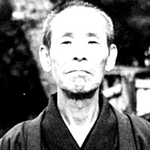 Jin Shin Jyutsu Physio-Philosophy is an art that is several thousand years old and aims to harmonize the life energy in the body.

Originating from inner wisdom and passed down orally from generation to generation, art was largely forgotten when it was revitalized in Japan by Master Jiro Murai at the beginning of the 20th century.

After learning of a life-threatening disease cure from Jin Shin Jyutsu, Jiro Murai devoted the rest of his life to researching and developing Jin Shin Jyutsu.

The insight and knowledge that he had gained from his studies, from a number of sources such as the Kojiki (Book of Ancient Things), and from personal experiences, he passed on to Mary Burmeister, who then did the Jin Shin Jyutsu in the mid-fifties brought to the USA.